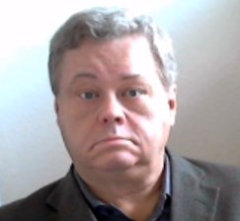 Not registered as user yet

Dr. Brian Barry is currently Head of FD Labs (www.firstderivatives.com). Brian is Co-Founder and past CEO of Bedarra Research Labs, creators of the Ivy visual analytics workbench. Prior to that he held a number of executive positions at Object Technology International (OTI) including Chief Scientist and CTO. He became President of IBM OTI Labs after OTI’s acquisition by IBM and several years later succeeded Dave Thomas as CEO. Under their combined leadership, OTI developed the Eclipse Platform, J9 Java VM, IBM VisualAge for Java, and IBM VisualAge MicroEdition for embedded systems. Brian’s published research articles are numerous and varied, reflecting his interest in a broad spectrum of technical areas spanning simulation, OO applications, systems integration, embedded systems and software engineering. Brian is a co-author of the ANSI Smalltalk standard, and has been an active participant in research review boards and conference committees. He has a long history of involvement with open source software, and is a Founder of both the Eclipse Foundation (www.eclipse.org) and Open Health Tools (www.openhealthtools.org); he served as CTO for Open Health Tools from its inception until 2014. Brian holds a Ph.D. in mathematics from Queen’s University.