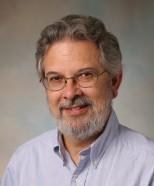 Kim B. Bruce has been Reuben C. and Eleanor Winslow Professor of Computer Science at Pomona College since the summer of 2005. He is the Frederick Latimer Wells Professor of Computer Science emeritus at Williams College, where he taught for 28 years. His first position out of graduate school was as an instructor in Mathematics at Princeton University from 1975 to 1977. His research program was originally in the model theory of languages with generalized quantifiers, but his interests turned to programming languages after his stay at M.I.T. His research focus evolved from models of the polymorphic lambda calculus to the study of semantics and type theory. This led to his continuing work in the design of object-oriented languages. His most recent research project involves the design of a new language, Grace, designed for use in the first two years of Computer Science education.