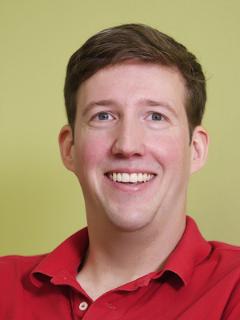 Michael Grossniklaus obtained his PhD in Computer Science from ETH Zurich, Switzerland in the research group of Prof. Moira C. Norrie. Michael’s work is situated in the area of data and information management with a focus on designing and developing database technologies to support the requirements of emerging and novel application domains. In the past, he has defined an object‐oriented version model that supports context‐aware data management and query processing, which has been successfully applied in a web content management system and a mobile tourist information system.

In 2008, he was awarded a fellowship for prospective researchers from the Swiss National Science Foundation (SNSF) hosted by Prof. Stefano Ceri’s database group at the Politecnico di Milano, where Michael worked on stream reasoning within the “LarKC” European FP7 project and on the Panta Rhei data flow language for the Search Computing (SeCo) project. From 2010 to 2012, Michael was an SNSF-funded post-doctoral researcher in Prof. David Maier’s group at Portland State University, where he worked on the project entitled “Exploiting Object Database Technologies for Data Management in the Cloud”. From 2012 to 2013, Michael was a post-doctoral researcher in Prof. Gerti Kappel’s Business Informatics Group (BIG), where he is working on the ARTIST EU project, which investigates advanced software-based service provisioning and migration of legacy software to cloud computing infrastructures.

Currently, Michael is a Professor (Juniorprofessor) for Databases and Information Systems at the University of Konstanz.