ECMAScript 2015: the future of JavaScript is now!

ECMAScript is the JavaScript standard. In June of this year, the latest update to the language, ECMAScript 2015 (aka ECMAScript 6) was finally released, after a period of being over six years in the making. It is a large update to JavaScript, a language whose core has largely survived unchanged since its birth in 1995.

In this talk, I offer to be your guide and take you for a whirlwind tour across some of the more interesting new additions to the language, with a particular focus on powerful new control flow abstractions such as generators and Promises. As ECMAScript 2015 is still bleeding edge, there is currently no JavaScript engine that supports all new features. To overcome this period of change, I will introduce a number of practical tools that allow development teams to already embrace ECMAScript 2015 today.

Since February 2014 I am a senior researcher at Alcatel-Lucent Bell Labs. Prior to that I was a professor of Computer Science at the Software Languages Lab of the Vrije Universiteit Brussel, and a post-doc researcher of the Flanders Research Foundation. In 2008, I completed my doctoral dissertation on advanced programming language support for mobile ad hoc networks. I am co-designer of the AmbientTalk programming language. Since 2010 I have contributed to the ECMAScript (aka Javascript) standardization process, in particular, together with Mark S. Miller I designed the ECMAScript 2015 Proxy API. 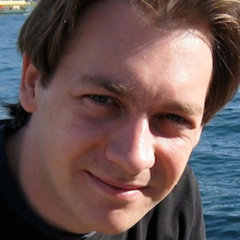