PLATEAU Keynote: Computational Thinking for All: Expanding the Boundaries of Computing for Nonprogrammers

As computational tools and digital infrastructures have evolved and diversified, computing has pervaded all aspects of our everyday lives. We are surrounded by data of all forms, much of it interconnected through explicit or tacit associations. These data are subjected to many forms of computation, from simple combinations and calculations to more complex analyses and visualizations. The results of such computations inform not only our education and business pursuits, but also personal health and leisure, multi-modal communication, personal information management, and a cornucopia of other behaviors important to well being. Yet despite the many opportunities associated with digital information management and computation, most people refrain – even actively resist – learning the computational models needed to make the most of the information at their fingertips. In this talk I will dis-cuss the challenges we face for injecting such skills into the population at large and discuss prospects and progress of ongoing efforts to do so.

Mary Beth Rosson is Professor and Associate Dean in the College of Information Sciences and Technology at the Pennsylvania State University. Prior to joining Penn State in 2003, she was Professor of Computer Science at Virginia Tech for 10 years, and Research Staff Member at IBM T. J. Watson Research Center for 11 years. Rosson is internationally known for her research and education in human-computer interaction, including participatory and scenario-based design and evaluation methods, computer-supported collaborative learning, and end-user development. To support these research efforts she has directed over $6M in research grants, primarily from The National Science Foundation. She is author of Usability Engineering: Scenario-Based Development of Human-Computer Interaction (Morgan Kaufmann, 2002) along with hundreds of peer-reviewed journal articles, conference proceedings papers, workshops and professional tutorials. In recognition of her international repu-tation, Rosson has been recruited for a wide rage of professional leadership roles, including general conference chair for OOPSLA 2000, CHI 2007, and VL/HCC 2010; she has also been elected to the ACM SIGCHI Academy and is an ACM Distinguished Scientist 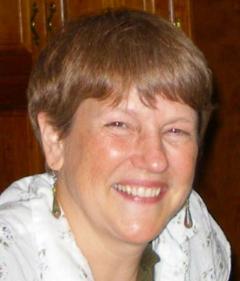